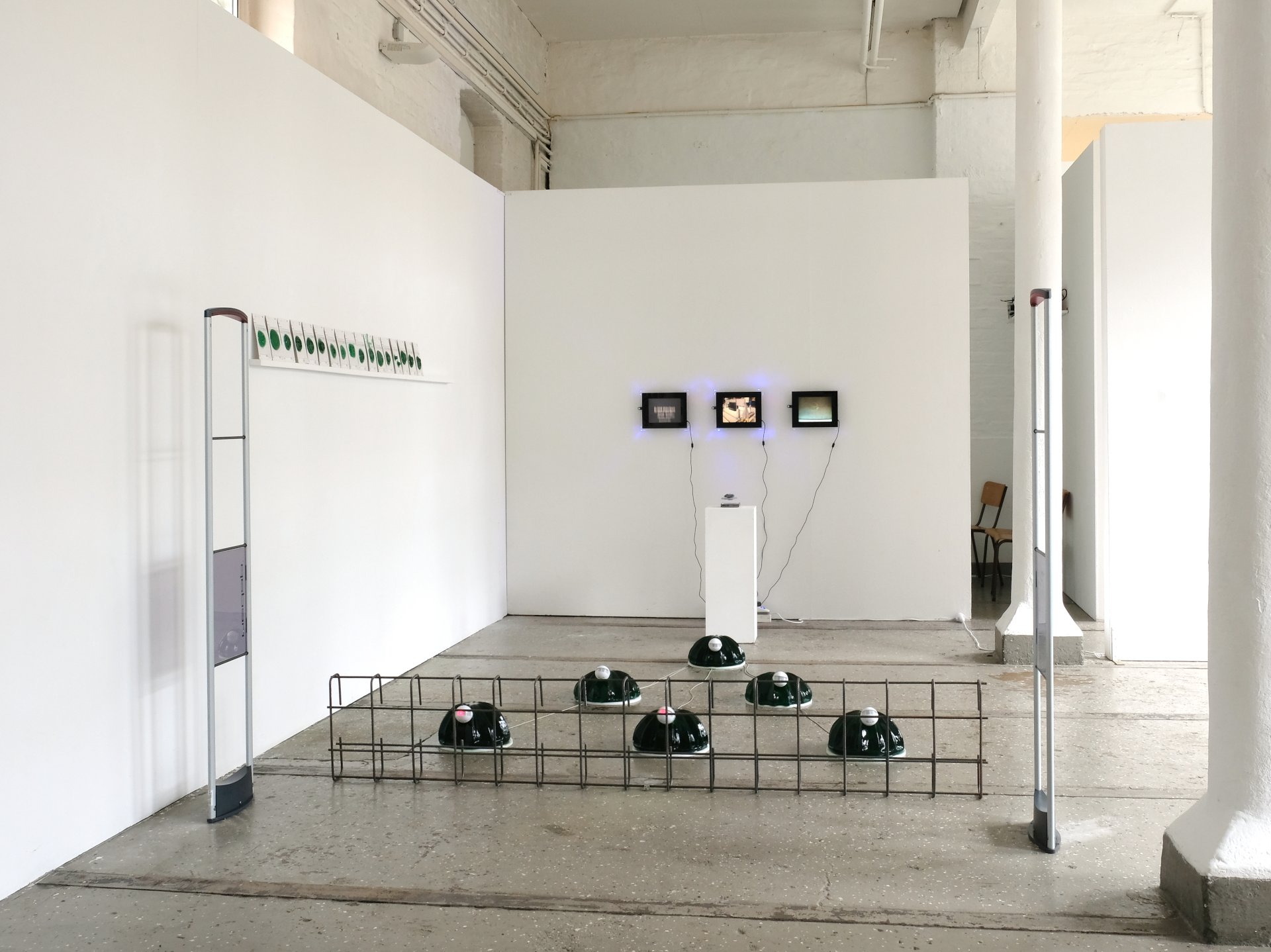 Per Knopfdruck zuschaltbar (Switchable at the push of a button)

These are, for example, the crispy and appetizing machines. They do not satisfy hunger, but awaken it. The more machines you make, the more machines you need. The nice thing about these aperitifs is that they become more and more automatic and multiply by themselves. The world is about to become a machine park by itself. In this park, in the shadow of the big and small machines and accompanied by their whirring and purring, mankind will soon be walking with pleasure. These machines produce stuff and semi-finished products and new machines, but above all they produce hunger for new stuff and new machines. Already with this first peppered snack an important step has been taken to swallow nature. Vilém Flusser: History of the Devil (1993 S.110)

Olsen’s works investigate the interface between man and machine, which we constantly encounter in the form of everyday technologies. Examples are the opening of the boot at the push of a button, the automatic room scenting system or the lawn mower robot. All these examples are automata – machines or computers that carry out actions for people with the help of programming. So technology can be understood as the effort to spare man’s effort.

The robots and apparatuses that the artist is engaged with and that he also builds himself are positioned at the breaking points of the functional and rational logic of technology. For example, URUCA CALIANDRUM, a hairbrush that crawls towards the sunrise, DÜSEN NACH JÄGERART, an obsessive executive chair that rotates around itself, or DEFINITIONS OF THE UNDEFINED, an encyclopaedia in which definitions of UFOs are compiled from various encyclopaedias worldwide.

At Grölle Pass Projekts, Olsen provides insights into the Garden of Eden at the end of the Anthropocene. Mankind, who operates machines at the push of a button has long since become obsolete, and the machines are now among themselves. This scenario is inspired by ideas that can also be found in trans- and posthumanism. Transhumanism as the school of thought that propagates the fusion of man and machine in order to create a more efficient, improved human being. And posthumanism as the ideological current that advances the idea of singularity – the moment from which machines possess enough artificial intelligence to develop independently and without human intervention. The latter focuses on technological progress, which should enable robots to replicate the biological evolutionary history of humans and life in general. In the fast lane of evolution, robots eliminate humans from the planet Earth and set up the Garden of Eden for a time after the human push of a button.