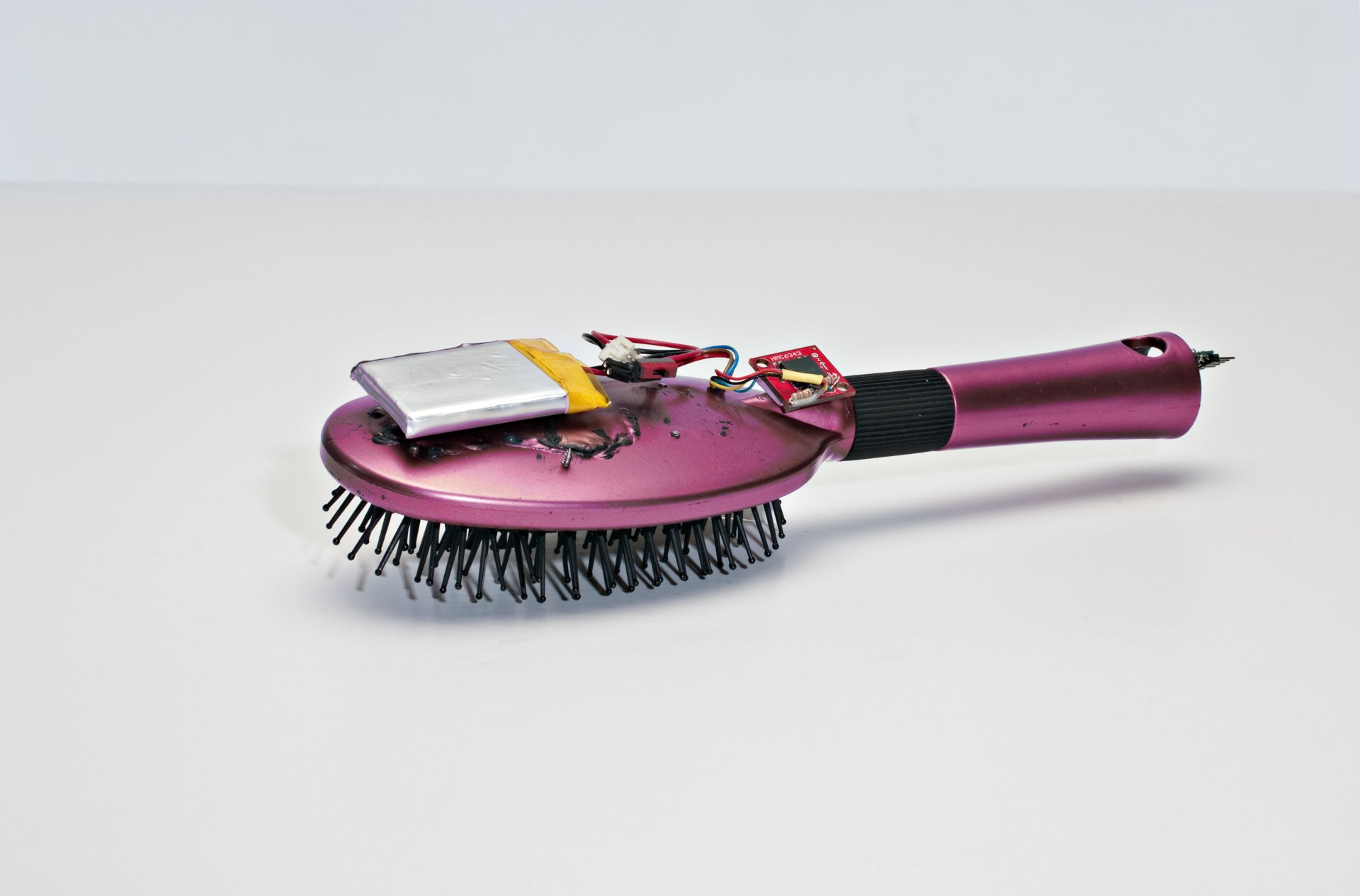 Here it’s built in the hairbrush, but as an add-on the OrientationAssistanceTM can be plugged/mounted on any responsive object/machine.

During the day it will regain the energy loss from the morning exercise with the help of the solarcells on it’s back. In this time and also during the night it then can be used as an everyday hairbrush, before it then with the break of dawn will awake again.

1OrientationAssistanceTM is a trademark of Nicolaus Copernicus & co.